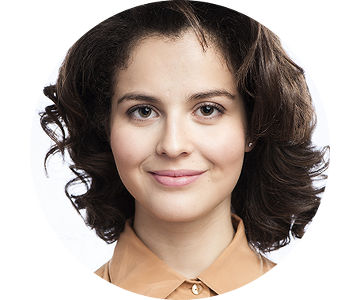 How did you feel on June 24th, 2016? This morning it became clear that we would lose a member of the European family. One day later, I was sitting in the train with Hervé, my friend, board colleague and co-organiser of this Convention, wondering how Brexit could have happened. Why did those young people who voted to the remain with 75 per cent did not manage to make the difference?

In the following weeks we read various articles and watched debates on the television in which all the old politicians said things like “now we are at a turning point” and that we should do something to “foster EU integration”. How many times did we hear or read these sentences? Often. And what has changed since then? Nothing. That is why we decided that we will do something about it. We will to create the change. The tool to precisely implement it is our European Youth Convention. Today, nine months later, we are all gathered in the European Parliament, to show the old politicians that – contrary to them – we are not only talking, but we are also acting!

The three main questions I will answer in this opening speech are the following ones:
1) One, why do we need a Convention?
2) Twice, why are we in charge of it?
3) And third, why does it matter that we do it right now?

Europe as a whole is in miserable situation: refugees die every day on the road to Europe, national xenophobic populism is on the rise and economic downturn make citizens suffer.

However, instead of painting a black picture of our continent, I prefer to talk about Pablo. Pablo is my Spanish friend I met during my Erasmus program in Italy. He got a Master degree in political sciences. Even though he has looked for a job for more than a year he had to leave his friends and family because he couldn’t find any. Do you know a Pablo? I bet you do because hundreds of thousands of Europeans of our generation face the same fate.

This situation has been going on for too long, and its getting worse and worse because no one in power has the guts to fundamentally reform the EU.

We need a radical change. And this change is our European Youth Convention.

Why should we do it now? The future of Europe is a burden issue at the moment. Every weekend thousands of people gather in the Netherlands, Germany or in France to state their support to the EU. In two weeks time, several of you, including myself, will demonstrate in Rome, requiring for a better Europe on the occasion of the 60th anniversary of the Treaty of Rome. And then there will be the upcoming Dutch, German and French presidential elections. In short: 2017 provides a great window of opportunity.

What will we do with this opportunity? Let me use a very fitting analogy with a topic that many of you will be familiar with. (quick ) “How I met your Mother”. When one character of the TV show took the wrong path and reached a critical point, the friends of him, the gang, took action. They hung up a huge banner in the living room and held an intervention. This is exactly what our Convention is about. We are the gang and we are doing the intervention the EU needs.

Why are we the ones who have to lead this intervention? Let me show you. Please, raise your hand if you answer yes to the following questions:
• who speaks at least two languages fluently?
• Who has lived for three months or more in another country?
• Who has dated someone from another country?

As you can see: we are a very special generation. The first of its kind.

Nothing to compare with the generation which is currently in power. I mean, they grew up in the cold war, using typewriters – and without snapchat.

At our age, if they wanted to keep in touch with someone they met while travelling they had to do some efforts such as writing a letter. It is amazing how much easier keeping in touch among distances has become: you just drop a line on Facebook!
They simply grew up in another world, with different values and a different way of life.

Nevertheless, we are the ones who will face the consequences of the decisions they have taken so far.

Some observers call us the “Erasmus generation”, and this term does actually fit for most you. However, think about all the young people, in every European country, who are not taking part in this Erasmus generation. They are, by far, the majority. You and I belong to a privileged part of our generation. And this privilege is a call of duty to take responsibility.
In the next three days, you will write a new constitution for the EU. While working on it, I ask you to also think about them. Don’t reproduce the same mistakes of our elders by constructing a too complicated European Union that only a few can understand and benefit from. We need to do to better than them.

You are 142 Members, coming from thirty-eight countries, representing many kinds of organisations.

For example, we have Ieva from Lithuania. She is from the United Nations Youth Association, promoting the principles of the United Nations Charters.
Among us we also have Captain Europe, coming from heuuuuu actually I don’t know because no one knows his real identity . He is using his free time to save Europe. . And we have Ninon. She is a member of the Young European France and once a month she visits schools to explain the functioning of the EU to pupils … – and sometimes to the teacher too.

To sum up, we have capable Members to be your colleagues, and we also have the Malik Institute to provide us with their innovative Syntegration method. This method, – and I know this from my own experience – will enable you to be ambitious and think out of the box.

On the online platform, several of you stated that you wanted a more democratic, inclusive and unified Europe. . Talking is easy but now it’s time to take an action! It is your job to translate your ideas into concrete proposals and, after this weekend, advocate the results to make the constitution a reality!

Think about the last project or action you have done with your organisation and how proud did you feel about it. Now, look to your left, look to your right and think about what we can achieve together!
Today, on March 9th, 2017 at the European Parliament in Strasbourg, the European Youth Convention turns itself into the birthplace of the founding generation for a better Europe.
Let’s fix this EU! Let’s give Europe a Constitution!